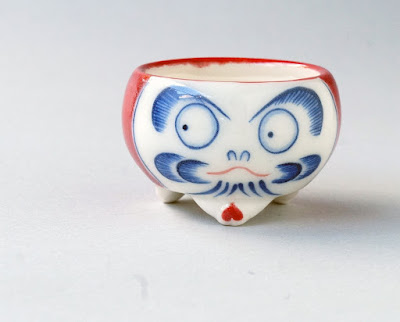 This little bonsai pot of which someone's face is painted on is one of the most popular works by Mayu, the famous Japanese bonsai pot painter. Do you know whose face is it?
It is the Dharma face.
Dharma is a figure which is modeled after Bodhidharma who was a founder of Zen Buddhism, however, it is also a kind of Japanese traditional doll that is most beloved by the Japanese and used as a talisman. Most companies, shops, and politicians have a Dharma doll, so if you visit Japan, you would see it somewhere. 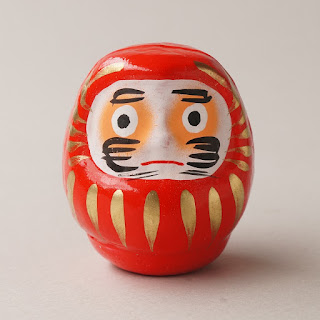 Mayu paints various kinds of Dharma faces with many facial expressions like –surprise, piercing gaze, anxious, troubled, angry and so much more. The wonderful thing about Mayu’s paintings is that even though she has been painting Dharma faces on pots for more than 15 years there are no duplicates and each and everyone is different. She told me “I can’t paint any face exactly like the one I painted before.”

Recently, Mayu has come up with some new faces for her Dharma pots.
One is of a pretty lady’s face------but wait a minute as I was writing I remembered that Dharma is modeled after the Zen priest and the lady Dharma doesn’t make sense. So I call it a Drag Dharma. 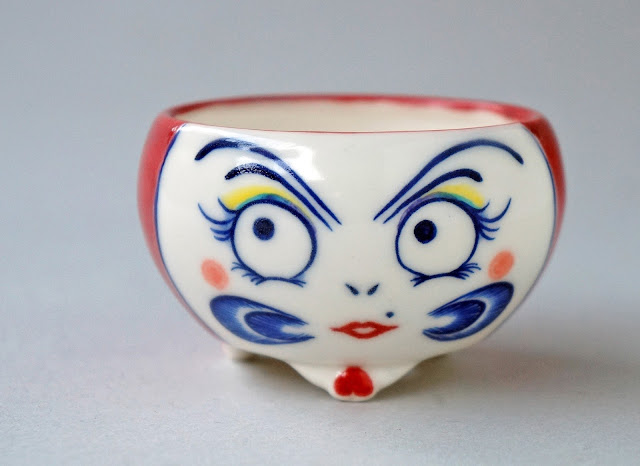 The other is a furious and angry face. The expression, especially its eyes are so strong and piercing, however, strangely enough, they look adorable. That’s why they are popular with bonsai enthusiasts all over the world. 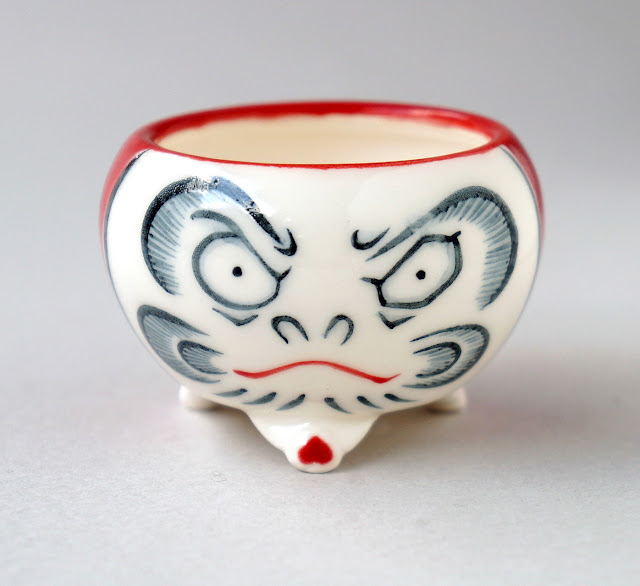 The Tokyo Olympics will be held from July, 24 to Aug, 7, this year. In commemoration of the most historic biggest event; I put up for sale 5 of Mayu’s Dharma pots which are blue, black, red, yellow and green color on the desk. 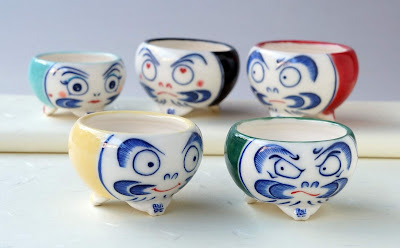 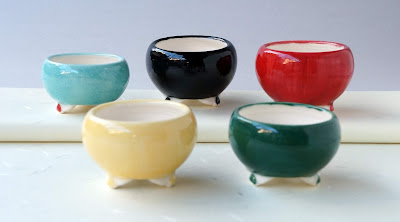 They are available in YUKIMONO online store.
Happy shopping!

We have gathered questions which we have frequently been asked by our customers.

About payment methods and shipping schedules. Please read before shopping.